This week, whilst reading about Courtney Love’s new fashion line, I discovered  rainbow-haired lady Chloe Norgaard. The Norwegian model has attracted attention for her crazy-coloured hair. Her hair looks incredibly good given the amount of bleach it must have seen and I love her grungey 90s style and smile. It’s not a look everyone could pull off, but she does it very well and it makes me feel rather envious.

At the age of 20 I decided I was bored of my hair, which I’d never really dyed, and decided I’d like to go blonde. I bought some bleach, hoping for a white-blonde Gwen Stefani-style look. Bleaching your own hair isn’t something I’d really recommend, especially if your hair is quite dark and you have little experience of hair-dressing. What I ended up with was a strange colour-gradient that ranged from white through canary-yellow to orange. The only person who thought it looked good was my colour-blind flatmate (and that wasn’t particularly comforting).

So it looked awful. As a bit of a rescue mission I bought a pack and red dye and coloured it over. My hair was the colour of pillarboxes and double-decker buses and I felt something like a superhero. It was fantastic.

It came with a lot of up-keep. I dyed my hands red. I dyed bits of my forehead red. My bathroom looked like a death-scene from an amateur slasher-flick. All my towels, pillowcases and shirt collars got a red tint to them. It faded almost immediately  and from using different dyes I ended up with a strange tequila-sunrise effect with orangey-red and pinky-red patches. I switched to an amazing Special Effects dye called ‘Infra-Red’ that claimed to give my hair a UV glow, and I re-did it about every 5 weeks. I couldn’t wear red. Or pink. Or green, or a lot of things, I was continually clashing.

END_OF_DOCUMENT_TOKEN_TO_BE_REPLACED

This week was my first back after Xmas and I feel like I’ve ended it on a high. It may be a bit of a sad reflection or me, or indeed the NHS, but all of my clients turned up for their appointments this week. It might not sound that unreasonable to expect your clients to attend the appointments you’ve arranged for them, but DNA (or Did Not Attend) is very much a reality of mental health services. Two of my clients were new, so given that I’d not met them I thought they were unlikely to feel any personal responsibility to me. And the others had just had Xmas, a notoriously stressful time (for everyone, though particularly those with mental health difficulties). It’s been a couple of weeks, would they have decided they didn’t want to bother any more? Or perhaps they’d want to get back at me for going on holiday and leaving them to carry on without me. Or perhaps still be in ‘holiday mode’ and have forgotten all about it? But much to my surprise, they all came in.

I often hear clinicians laughing that they don’t mind the odd DNA, it gives them time to catch up on their paperwork. This isn’t the whole case. It can feel pretty rubbish waiting around when the person fails to show up. Wondering if something bad has happened, or if they’ve ‘voted with their feet’ and this is the last I’ll hear from them. But things were going so well! Did I do something wrong? Maybe they forgot. Shall I call them to find out? As well as the clinician-neurosis that comes with an absenting service-user, it’s also a waste of time (and therefore, money). The waiting lists are crowded and there isn’t much time to chasing up and coaxing people to come back.  It’s hard not to feel a little resentful, they’re wasting a time slot that could be given to someone else.

It’s difficult to fully understand why people don’t turn up to appointments. By it’s very nature, this topic is hard to research. If someone doesn’t turn up for their appointments, getting them in for an interview to expecting them to return a questionnaire is reasonably unlikely.  Analysing demographic data suggests that non-attenders are more likely to be young men, of lower socio-economic backgrounds and of black and minority ethnic groups. Non-attendance has also been correlated with being more mentally unwell, co-morbid substance use and detention under the mental health act, which suggests that these people may be at significant risk, but this won’t necessarily be know to the clinician. Individuals with very chaotic lifestyles, histories of abuse and significant difficulties relating to others can also show a pattern of missed sessions.  It makes sense that people who are more impaired might struggle to get to their appointments, but data linking to gender, race and background suggests that stigma might also play a role in whether people attend. 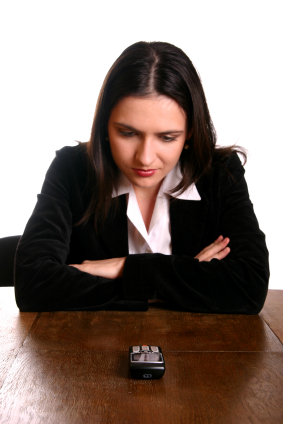 I know first-hand from my experience of using service that missing appointments isn’t necessarily out of laziness or rudeness. I was a repeat offender, frequently turning up on the wrong day, at the wrong time, sometimes even at the wrong building. I’d turn up 20 minutes late then be upset that the professional didn’t have enough time to have a full appointment with me. I’d get very upset, begging the reception staff to call the day before and remind me so I’d make it in, but this was never possible. Looking back on it, I don’t think it can be a pure co-incidence that I wrote the wrong date in my diary so many times. Turning up later gave me the opportunity to have a tantrum with the staff and have the appointment ‘denied’ to me. I felt victimised, when in reality I was the one who wasn’t following the rules. I claimed to really want to be seen, but I sabotaged my own opportunities to get support, and made the experience really distressing for me and everyone around me. I don’t think I was aware of quite how ambivalent I was about being seen.

Appointment-missing isn’t unique to mental health, but the rates are significantly higher. I’ve seen many GP surgeries take a hard-line and refuse treatment to individuals who miss a certain number of appointments. It’s difficult to know what is best to do ethically, as evidence suggests that those who don’t turn up may be the most in need of support, but chasing them up uses time and resources that could be used for more willing individuals. Many MH services have started using an opt-in system where individuals are called with an appointment and asked directly if they wish to keep it. This has seen some increase in attendance rates. Indeed, I find it helpful to telephone people to make an appointment, it saves the letter getting lost in the post, time wasted over re-arranging inconvenient appointments and also gives me a chance to speak to the person and answer any initial queries. It feels more personal, but it’s hard to find the time to always do this.

It strikes me this is one down-side to our public NHS. In a privatised health service where you can be billed for missing an appointment I’d imagine people would be much more likely to turn up. Are people too comfortable with the idea that the NHS is ‘free’ and some kind of human right, a service that we’re all entitled to, to use as we want, when we please? (You only have to look at the amount of tax being taken off your paycheck to know the NHS is far from free!). The service is open to all, but it needs to be treated like any other business, not as a commodity that will be there waiting when get round to turning up. A quick telephone call is often all that is necessary, even at the last minute, to say you’re not coming in. Indeed funding cuts and costs relating to DNAs may mean that services have to get stricter on who they see and what they offer. My current NHS service has a clear policy: if a service user is telephoned to be offered their first appointment, they accept, and then do not turn up, they will be taken off the waiting list. This is explained to them when they are called. This may feel uncomfortable, but seems to be a compromise between offering person-centred choice and flexibility but also putting across how important it is to keep appointments. It is known that mental health services work with a group that find engagement challenging, so measures can’t be so strict as to prevent people accessing the service, but the current rates of non-attendance are an expense that isn’t sustainable.